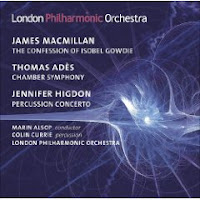 Composer Jennifer Higdon has been nominated for another Grammy Award! Her Percussion Concerto which you might have heard when it was performed recently by the Harrisburg Symphony was recorded by the London Philharmonic conducted by Marin Alsop – and it's on the nominee's list for Best Contemporary Composition. 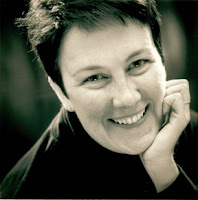 One of the busiest composers on the planet these days, Ms. Higdon will be in Harrisburg for a performance with the Cypress String Quartet, Saturday January 23rd at 8:00, a Market Square Concert that will be taking place up-town at Temple Ohev Sholom. They'll be playing a work she'd written for them called “Impressions,” a response to Claude Debussy's Quartet which opens the program. And she'll be here to talk about the piece at the concert, so you'll have a chance to not only hear her music but also meet a live composer!

Other nominations of interest can be found in the category “Best Chamber Music Performance.” There's the “Hungarian Album” with the Guarneri Quartet – they played the Kodaly 2nd Quartet from this album on their final performance here in Harrisburg with Market Square Concerts in April 2009.

Frequent visitors to Market Square Concerts, the Emerson Quartet was nominated for their performance of Janáček Quartets, an album on Deutsche Gramophon taking its name from the second of the works, “Intimate Letters.”

And relative newcomers to this starry pantheon of frequently nominated legendary quartets like the Guarneri and the Emerson, the Enso Quartet who've played for Market Square Concerts in past seasons was also nominated - for their Naxos recording of the complete quartets by Argentine composer, Alberto Ginastera!

Glad I don't have to vote for this category!

I've posted a complete list of the Classical Music Grammy Nominees at my blog, Thoughts on a Train.

Dr. Dick
Posted by Dick Strawser at 11:18 PM No comments: